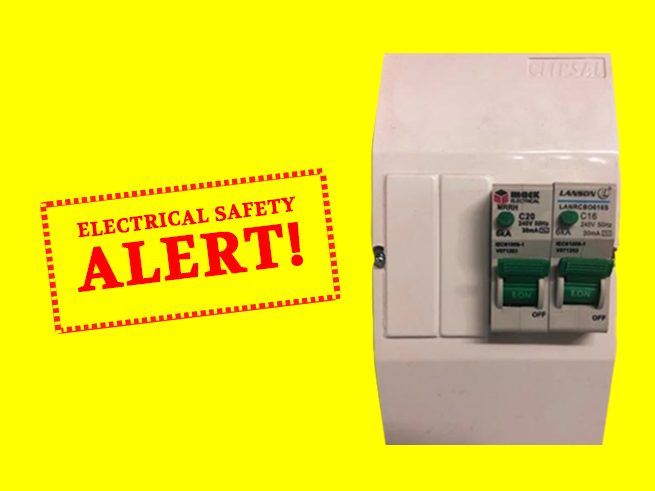 Geelong Electrician explains when your RCBO needs to be replaced

Those who don’t already know what an RCBO is and why is it so important to keep your family and your property safe from electrical hazards, let me explain.

Unlike an RCD – a typical safety switch that we all are aware of, an RCBO (DIN Rail mountable RCD with integral overcurrent protection – forget the jargon) combines a safety switch with a circuit breaker providing exceptional electrical protection for your home against earth leakage as well as overcurrent/short circuit.

Recently, we were called by one of our customers to fix a power circuit safety switch tripping. Upon inspection we found that the customer still had two RCBO’s (from Mack and Lanson) installed that were long recalled from the market after being declared faulty and not up to Australia’s electrical safety standards.

To help our residential electrical customers keep their family and properties safe, we believe it’s important to know the following:

Furthermore, the Energy Safe Victoria website outlines the complete list of RCBOs that comply with the ESV’s additional testing and verification requirements, thereby prohibiting the supply of all compact RCBOs from 1 July, 2018 that do not pass the tests.

What customers need to do?

Disclaimer: The information provided in this article doesn’t imply that only the above given models or suppliers have been recalled. There could be others as well, which you can find out by checking out the list of RCBO’s that comply with the safety standards.