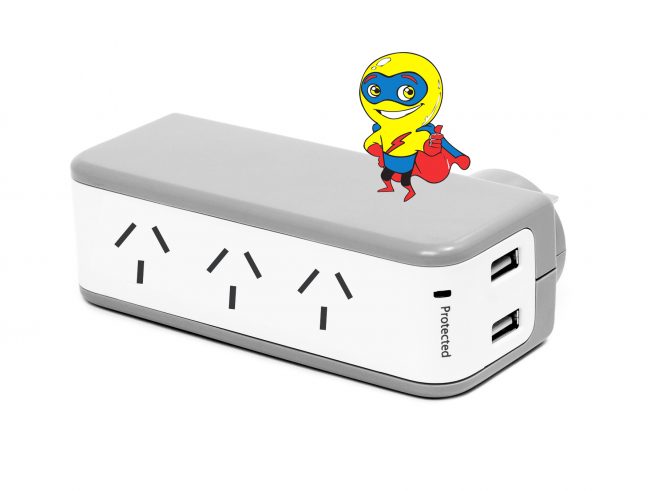 6 Things you Need to know About Surge Protection

Most of us are under a misconception that our main electricity is a steady supply of 240 volts 24/7, while the real picture is quite different our electricity supply is actually fluctuating all the time, producing spikes and sags that are slowly damaging the sensitive electronic components in our appliances. Power surges occur many times every day and are mostly very brief and mild, usually lasting only nano-seconds. The problem is that over the time these little attacks on your expensive electric appliances add up, until one day they begin to malfunction or fail altogether. Power surges can also damage light switches, power outlets and large electrical appliances such as fridge, deep freezers, washing machines and air conditions etc. So without surge protection the life span of all our electrical appliances is gradually reduced, because of the slow damage that is eating them like slow poison.

Electrical experts recommend that we should have a double system of surge protection, with a surge protector in the meter box, protecting the general wiring from incoming surges on the main line and individual surge protectors between each of the major appliances and the electric outlets in which they are plugged. In this way by the time a surge reaches your appliance it has either been weakened or diverted to ground by the combined action of both surge protectors.

Power strips and surge protectors (also called surge suppressors) are different. Power strips are cheap, multi outlet products that are merely an expansion of a wall outlet. These usually have a circuit breaker of some sort, but most don’t offer any real protection from electrical issues. Surge protectors offer some level of protection against power spikes.

Surge protectors offer protection in amounts called joules. If a product has 1000 joules of protection that means it can take 100 joule hits or one 1000 joule hit. Generally, the more joules the better.

4. Always Get More Outlets than you Need

You are always going to need more outlets. You will undoubtedly add more gear, without necessarily getting rid of your current gear.

5. Power Spikes can come Over any Wire

If you want total protection, consider that phone and cable lines can carry power spikes too. Some surge protectors have connectors for these as well.

6. Get a Portable Power Strip

While not offering much protection, a power strip prevent martial friction and invoke bliss from travel companions. Most hotels and hostels have few accessible outlets, yet everyone has multiple devices that need recharging. Most portable power strips add two to three additional outlets, plus offer direct USB charging.

The above mentioned information about surge protection will help you in understanding the dire need of using surge protection in your homes and also in getting the right type of surge protector for your electrical appliances to increase their lifespans.

If you want to protect your expensive appliances and think your home is in need of surge protector, Contact Mr. Electric today.